The G7 Communique and IP 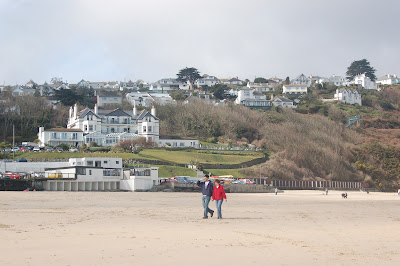 Author Andy F Licence CC BY-SA 3.0 Source Wikimedia Commons
Jane Lambert
Although the meeting of the heads of government of the Group of Seven ("G7") industrial nations at Carbis Bay may be remembered for the wrong reasons such as the Foreign Secretary's outburst after the French President gently tried to point out that the customs arrangements that apply to Northern Ireland are different from those in Great Britain which is not the case in France it has drawn the world's press and broadcasters to Cornwall.  That ought to benefit the duchy's tourist industry once the public health emergency is over.
It appears that a lot of work was done in preparation for the meeting and agreement was recorded on a wide range of issues in the Carbis Bay G7 Summit Communiqué.  The document covers the following topics:
The leaders said that they had revitalized their G7 partnership in Cornwall. They looked forward to working with others and each other at the G20 Summit, COP26, and CBD15 and the UN General Assembly.
In view of the announcement by the US Trade Representative of the US government's intention to enter text-based negotiations on the possible relaxation of intellectual property protection for COVID-19 vaccines on 5 May 2021 which I mentioned in The Patent Waiver Debate in NIPC Law on 8 May 2021, it seemed likely that there would be a statement on the issue in the communiqué.
The issue was considered in para 12.  The heads of government committed "to an end-to-end approach to boost supply of COVID-19 tools, including vaccines, raw materials, tests, therapeutics, and personal protective equipment (PPE), through more production in more places to sustain a global supply network for this pandemic and the next" based on the principles of open trade and transparency, including through terminating unnecessary trade-restrictive measures and supporting open, diversified, secure and resilient supply chains. It will be backed up by a practical and pragmatic approach to breaking down bottlenecks that are holding back the efficient use of current production capacity, as well as promoting partnerships to increase capacity further.
Rather than amendingTRIPS and national patent laws. the leaders seemed to prefer voluntary licensing and technical transfer:

In other areas such as free trade, the leaders appeared to support a strengthening of IP protection.  For example, in the context of reforming the World Trade Organization at para 30, they called for modernization of the global trade rulebook so that it,,,,, strengthens rules to protect against unfair practices, such as forced technology transfer" and "intellectual property theft......"
Commjuniqués from heads of government meetings are not biding but they are statements of intent. Anyone wishing to discuss this article or any of the topics mentioned in it may call me on +44 (0)20 7404 5252 during office hours or send me a message through my contact form.
Posted by Jane Lambert at 08:08